I couldn’t sleep, so I decided to leave the hotel in the middle of the night and go for a walk. The moon was full in the crisp, clear sky above me and I found myself returning to the ruins of Palmyra, which we had toured earlier that day. During the Roman period, Palmyra was the main western terminal of the silk road, which continued beyond southern Mesopotamia to China. For thousands of years, the remains of this once thriving city have told the story of a beautiful, powerful, colonnaded metropolis standing beside an oasis in the middle of the Syrian desert.

In the moonlight, Palmyra’s crumbling pillars and worn streets silently voice the stories of those who once strolled through the market, or enjoyed an evening at the theatre. Wandering along the column-lined street which led through the center of the city, I was drawn past the theatre and temples to the foundation of what appeared to be a simple home. As I sat on a small stone wall, I wondered, “Who lived here? What were they like? What did they hope for? What would the family be doing on an evening like this under the light of a full moon? Were their dreams much different from my own?”

I also wondered, on that perfectly still night, if the onslaught of daily life fed their dreams and hopes into the life-draining machine of the mundane. Did they ever feel like their lives were being pressed and molded into efficient cogs of an unseen, ever-churning wheel? With each sunrise, did they experience the laborious grind of its rotation? With each sunset, did they try to prepare themselves for the next turn of the wheel? Perhaps, they, like many of us, wondered if their creative power was being wasted. Was there more to their story than these stones were telling? Is there more to ours? What stories will our days, seemingly trapped in the mundane, leave to future generations?

Perhaps, more than we think….

Have you ever heard the story of Shiphrah and Puah? Their Hebrew names might sound a little unfamiliar. Shiphrah is derived from the Hebrew word, shaphar, which means “beautiful” or “fair.” The meaning of Puah’s name is a bit more challenging to deduce. Most believe her name means something like, “fragrant one.” While this is better than being called, “Stinky Pete,” I found that the autocorrect feature on my computer provides a more descriptive meaning. Go ahead and try it on your smartphone. Open a new text and type “Puah.” Her name should have been “corrected” to “Push,” which is a great name to fit her career as a midwife.

The story of Shiphrah and Puah takes place during the 400-year period that the Hebrew people lived in Egypt. At one point in this period, the Israelites became so prosperous and numerous that the Egyptians began to fear them and their influence. Pharaoh, the leader of Egypt, was concerned that the Israelites might conspire with his enemies to overthrow the empire. To stifle their proliferation and power, Pharaoh forced the Hebrews into brutal slavery, ruthlessly using them to build their monumental cities, bake bricks and work in the Egyptians fields. Egypt was at the height of its power. The pyramids were 1,000 years old at this point. There was nothing the Israelites could do except bear the brutal load that the Egyptians placed on their backs.

The Israelites desperately needed a deliverer. Someone who would have the courage and strength to stand against the Pharaoh’s merciless reign. But, God had been silent for four centuries. Where was their hope to be found?

If you are familiar with the story of the Exodus, you might already be thinking of Moses. After all, he confronted Pharaoh, led Israel out of Goshen carrying the wealth of Egypt with them, drew water from a rock, split the Red Sea, delivered the Law from Mount Sinai, and, well you get the picture. Moses has “deliverer” written all over his resume. But, he wasn’t Israel’s first.

Before Moses is born, two Hebrew midwives, Shiphrah and Puah, are brought to the palace. Here, Pharaoh gives them a horrific command. “When you act as midwives to the Hebrew women, and see them on the birthstool, if it is a boy, kill him; but if it is a girl, she shall live.” (Exodus 1:15-16) Shiphrah and Puah’s job is to deliver babies, not murder them! Without deliverance, this command completely changes the course of history. Remember, Moses, among many other innocent children, has not yet been born.

Also, remember that God has seemingly been silent for the past 400 years. He has not communicated any plan to rescue His people. This leaves Shiphrah and Puah to face the power of Egypt and the wrath of Pharaoh…alone. It would have been pretty easy for the midwives to melt into the background, to save themselves, to become another cog in the mighty wheel of the Egyptian empire.

Yet, without a plan or any sign of hope on the horizon, Shiphrah and Puah stood firm against Pharaoh’s tyranny.

But the midwives feared God; they did not do as the king of Egypt commanded them, but they let the boys live. (Exodus 1:17)

Despite God’s silence, Shiphrah and Puah begin the deliverance of Israel, although on the surface, it might not appear so. After all, they are not bringing plagues upon the Egyptians or parting seas. They are just delivering babies. By having the courage to do the job that they have been doing every day, they bring real deliverance. Without saying a word, Pharaoh is told, “We had a choice to make between serving you or serving God. You lost.”

Shiphrah and Puah were not going to solve all of Israel’s problems overnight. But, they were a part of God’s story whether they knew it or not. For that singular moment in history, they played a leading role in God’s plan to deliver His people by simply having the courage to serve others and do their job well. They kept delivering babies, and trusted God to deliver them.

Of course, their actions do not go unnoticed by Pharaoh.  So the king of Egypt summoned the midwives and said to them, “Why have you done this, and allowed the boys to live?” (Exodus 1:18)

Before we see how our heroines responded, I have a couple of questions. First, why didn’t they run when Pharaoh called for them? Obviously, Pharaoh was furious. They have to know why he had sent for them. So, why not take off? Even Moses ran for the hills when Pharaoh was after him! Not these two. They march right into the palace to face Pharaoh.

Second, why does Pharaoh even ask them why they disobeyed him? This seems a little strange. Pharaoh is the king of the Egyptian empire. They are foreign slaves. Why doesn’t Pharaoh have his soldiers track them down and execute them on the spot? It is not like Pharaoh needed them. Or, does he? When I consider how he is handles Shiphrah and Puah’s disobedience, I have to wonder why Pharaoh didn’t order his soldiers to kill the Hebrew children directly? Why did he choose Shiphrah and Puah to carry out his wicked plan in the first place?

Perhaps, Pharaoh knew that what he commanded was wrong, wickedly wrong. Perhaps he knew that if the average Egyptian found out what he was doing, he would be disgraced and his legacy dishonored. It appears that Pharaoh was trying to hold onto his power by having the Hebrew midwives carry out his dirty work. And his cowardly plan would have succeeded if not for the integrity, courage and faithfulness of Shiphrah and Puah.

So just how did the midwives react to the questioning? They deliver what has to be one of the best responses made to an evil dictator throughout history. When Pharaoh asks them why they refused to carry out his orders, they fearlessly look him in the eye and say, “Because the Hebrew women are not like the Egyptian women; for they are vigorous and give birth before the midwife comes to them.” (Exodus 1:19)

“Why didn’t we carry out your order? It’s not our fault. Hebrew women are just far tougher than you Egyptians!”

Now what? Was there a prolonged awkward silence? Did the soldiers beside the throne choke back a giggle? Was Pharaoh’s wife there? If so, was Pharaoh afraid to look in her direction? Unfortunately, we have no record of what happened next, except that Shiphrah and Puah left the palace that day having boldly stood toe-to-toe with the most powerful ruler in the world to defend the life of the most innocent.

Pharaoh did nothing to the midwives, but God did. Following their display of heroic courage, God is mentioned for the first time in the story of the Exodus. So God dealt well with the midwives; and the people multiplied and became very strong. And because the midwives feared God, he gave them families. (Exodus 1:20-21)

God’s work to save the Hebrew people did not start with Moses. It began with two incredibly courageous women - Shiphrah and Puah. God used their courage, their faithfulness, and their daily work delivering babies to deliver a nation.

A heroic life is not found in a distant moment.

A heroic life does not wait for a time of crisis.

A heroic life is courageously lived in the midst of the days we have been given. 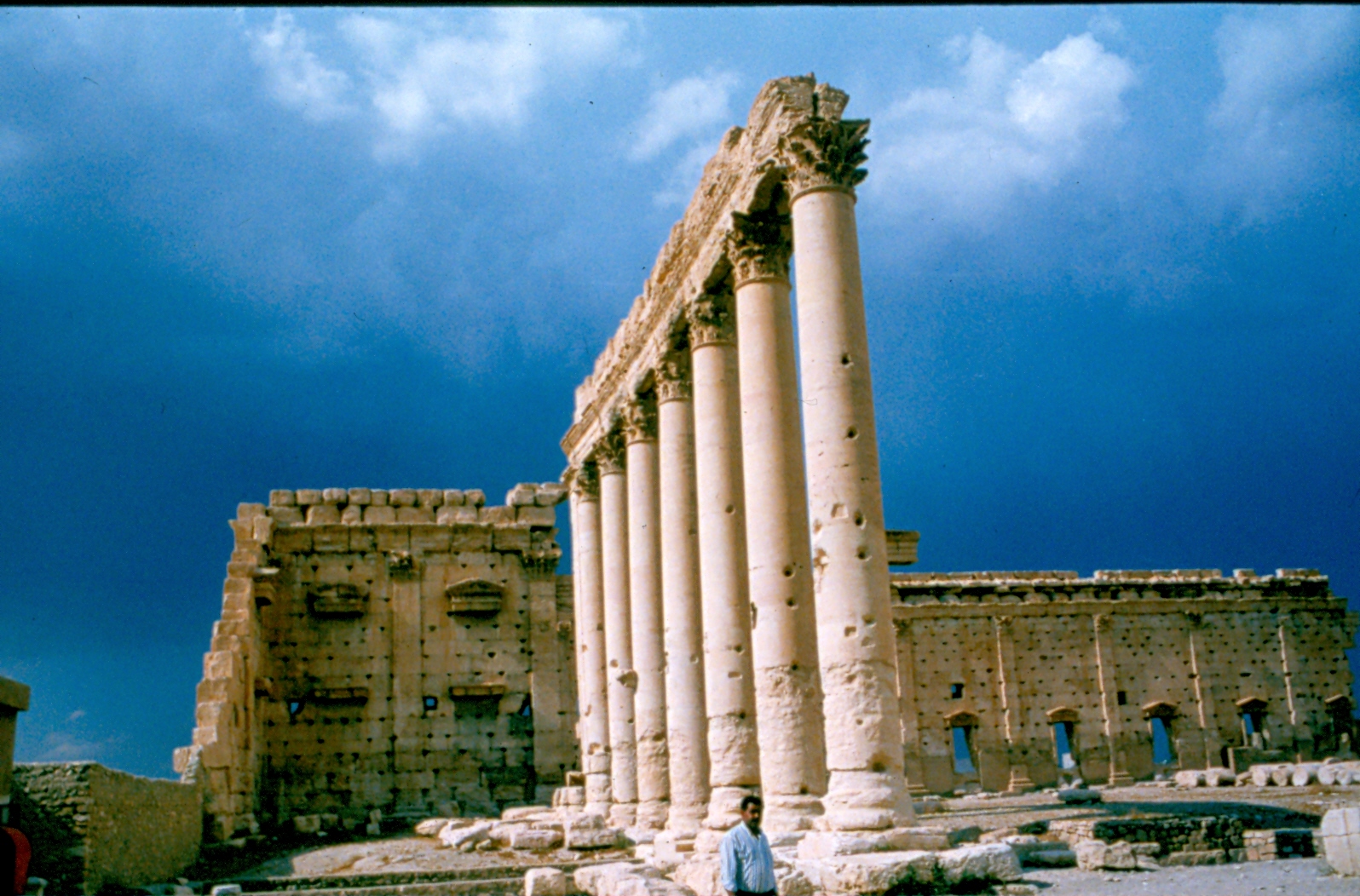 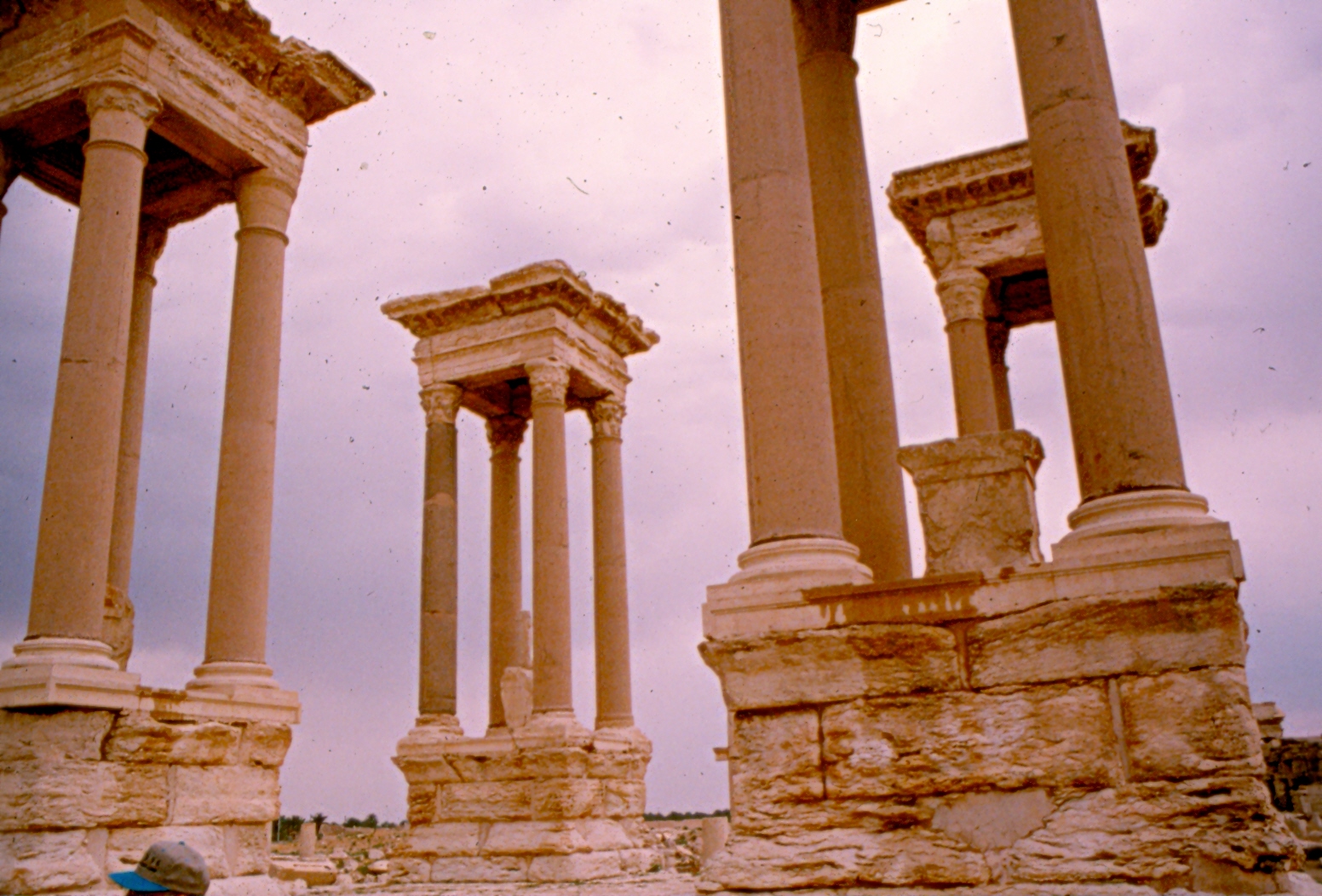 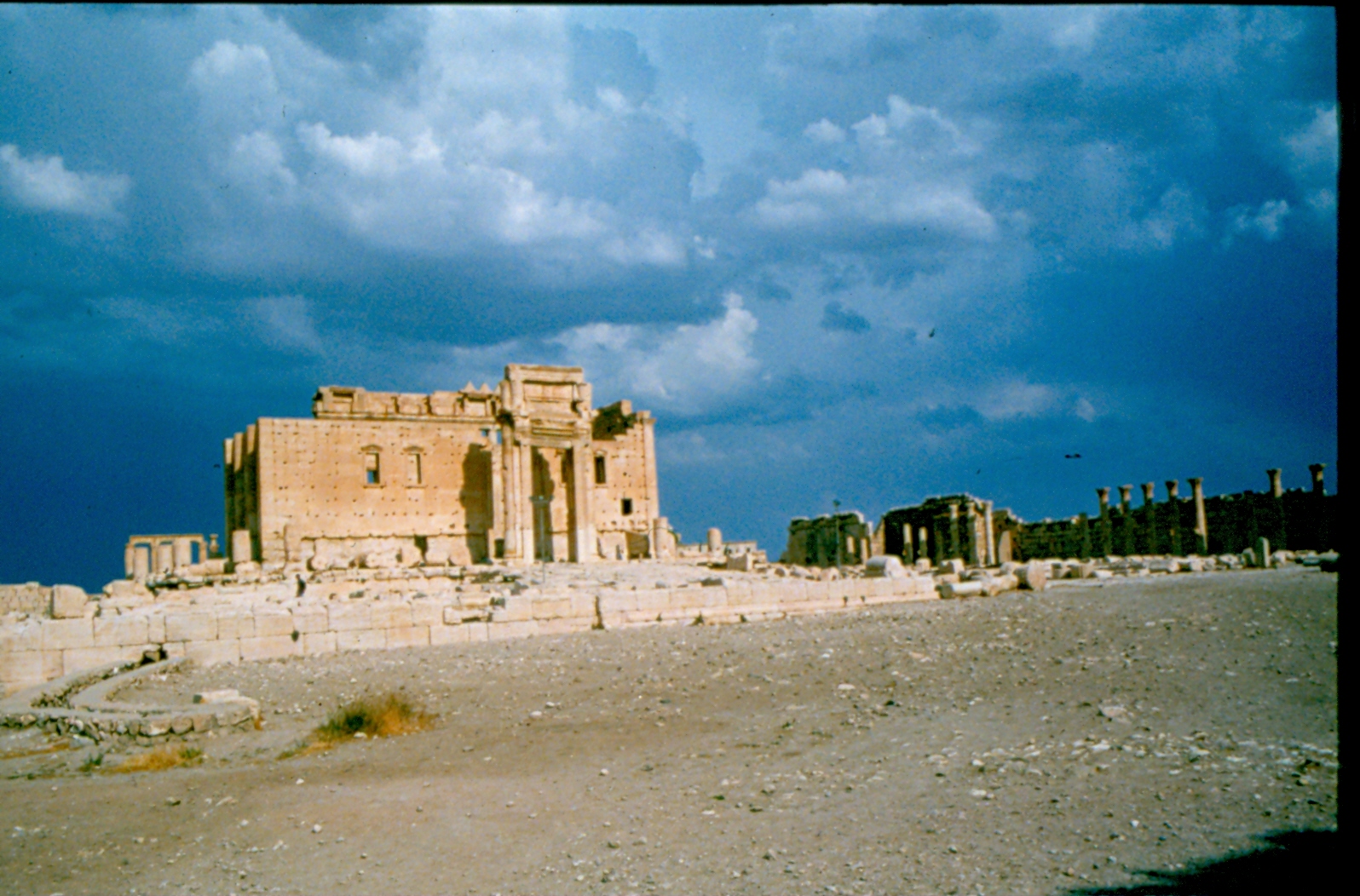 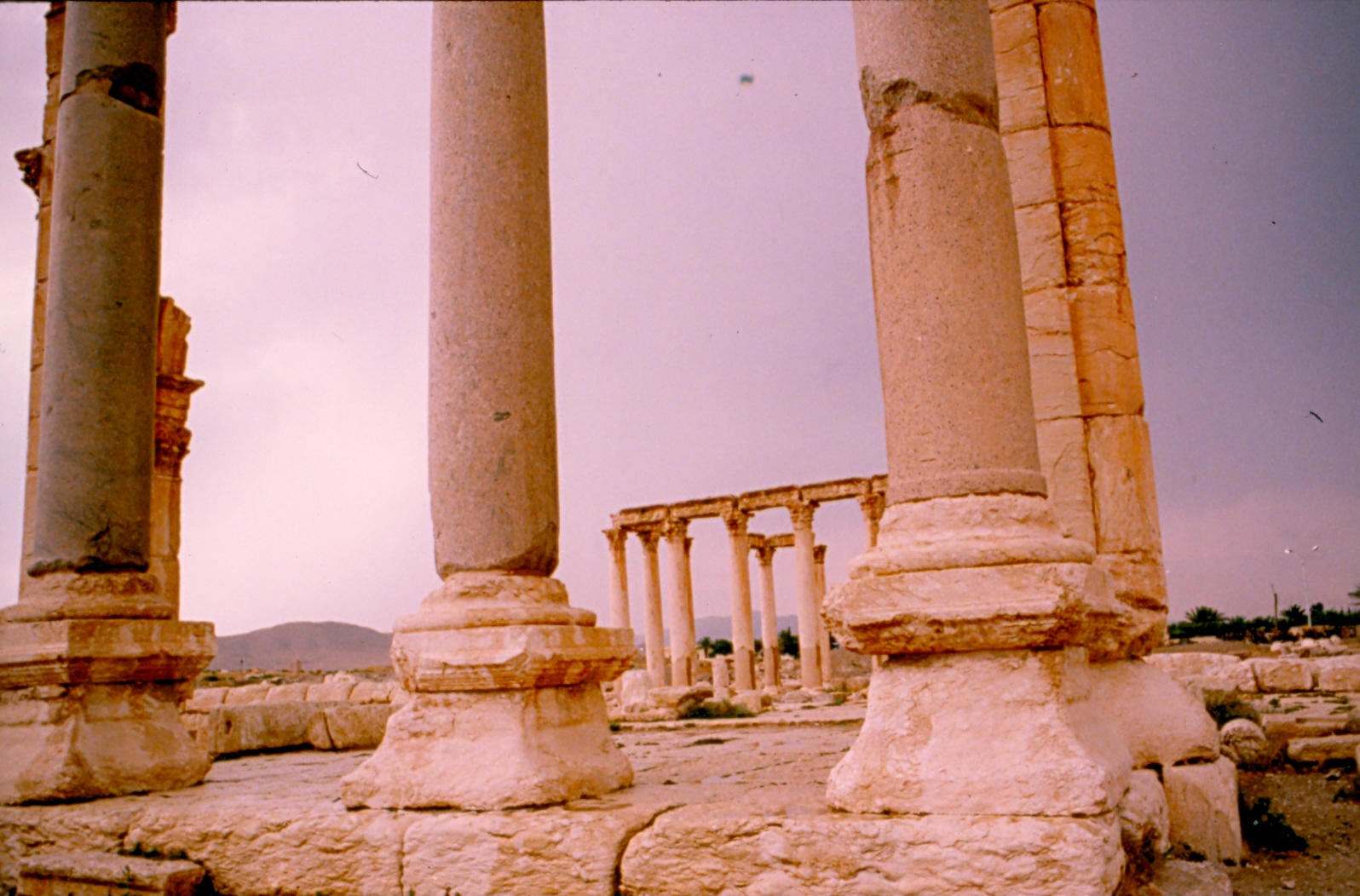 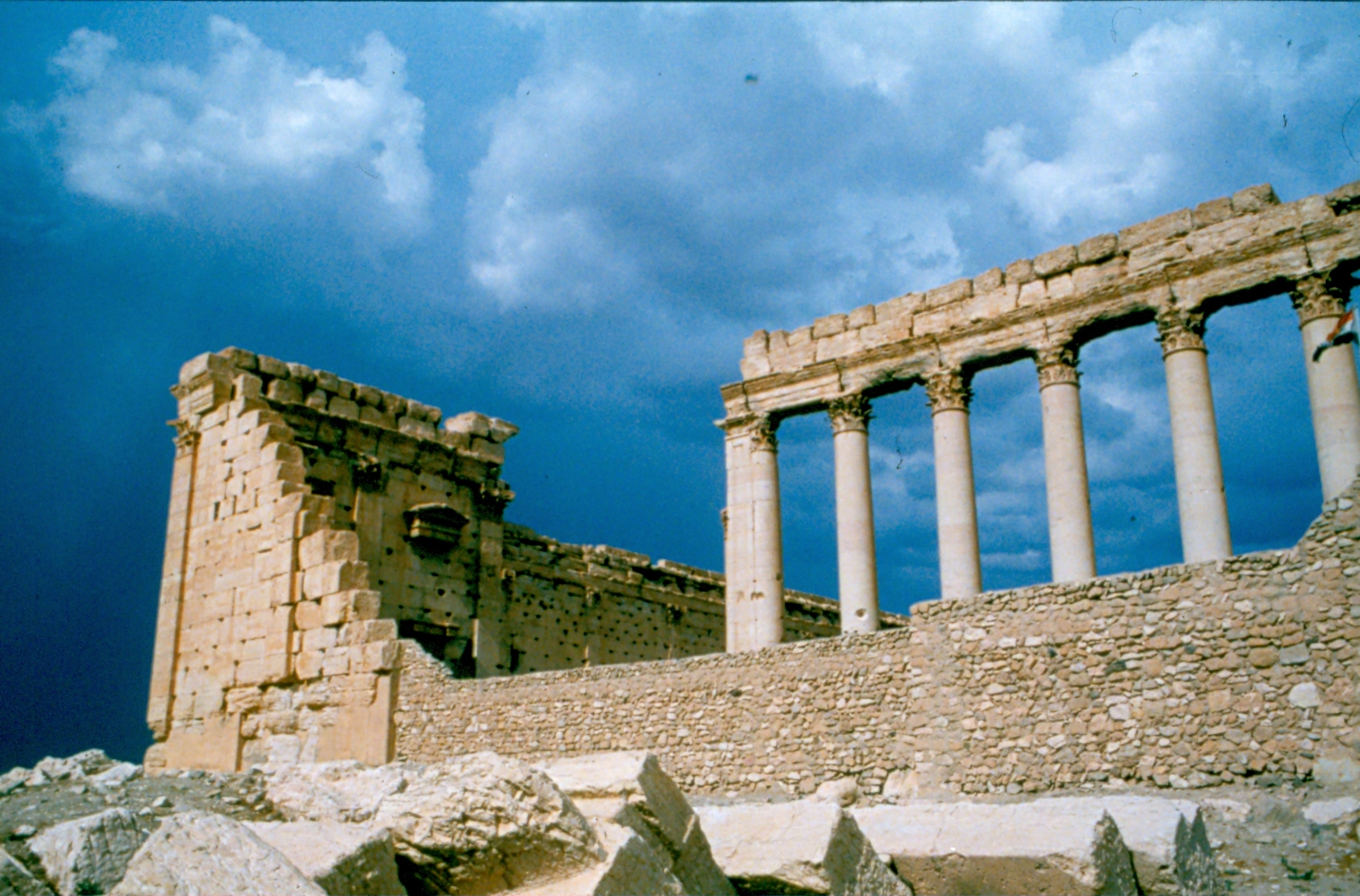 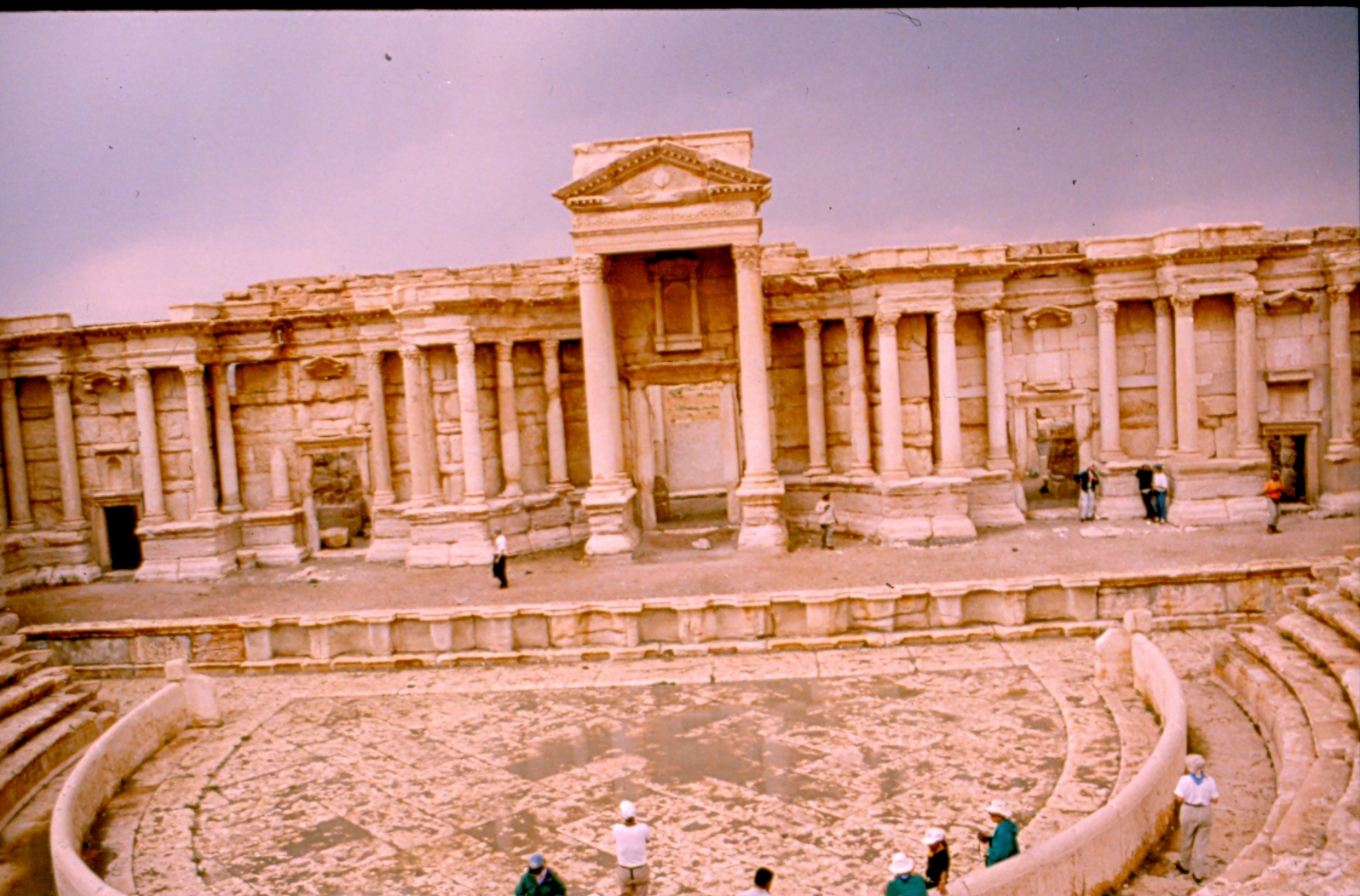 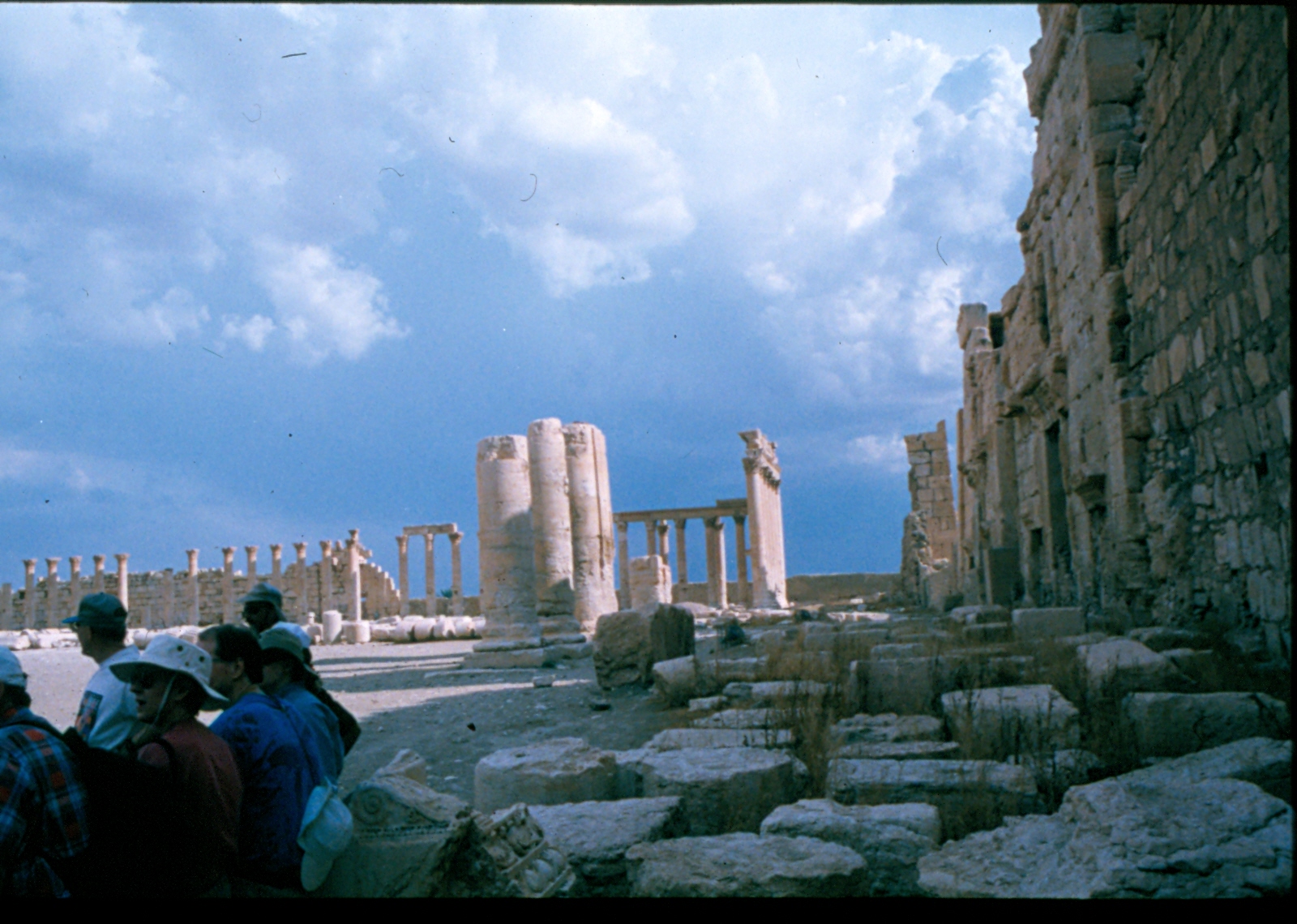 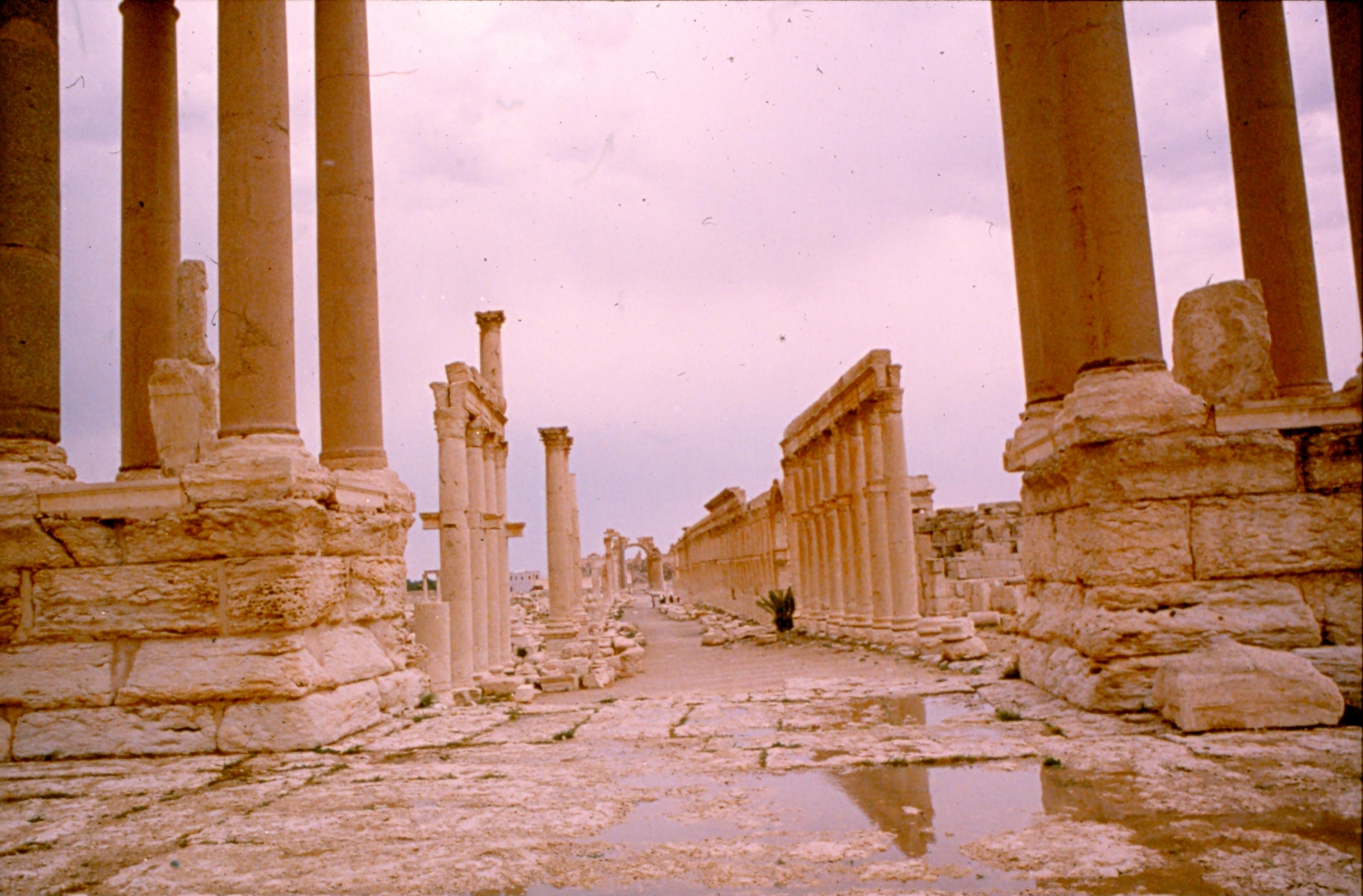 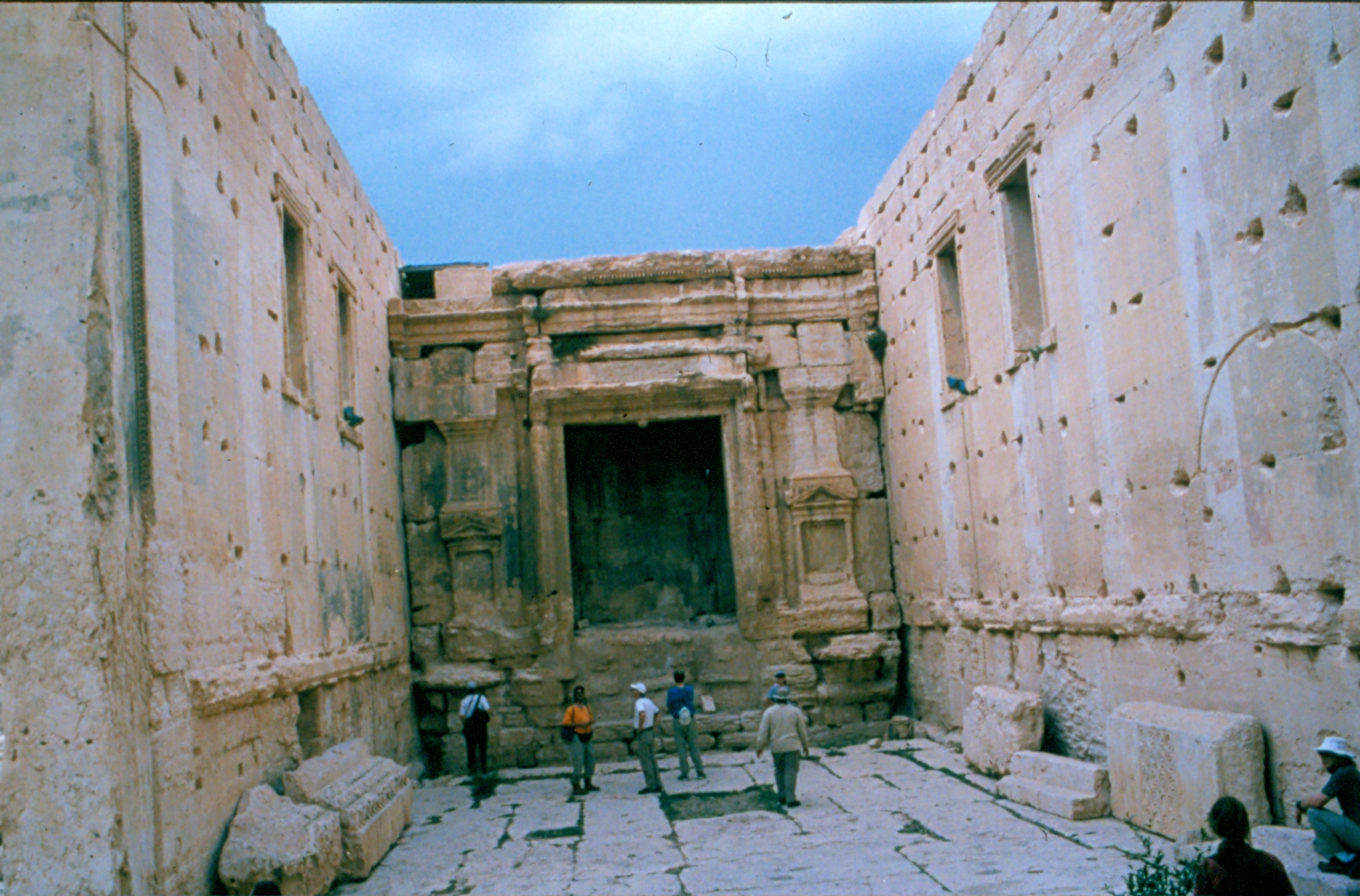 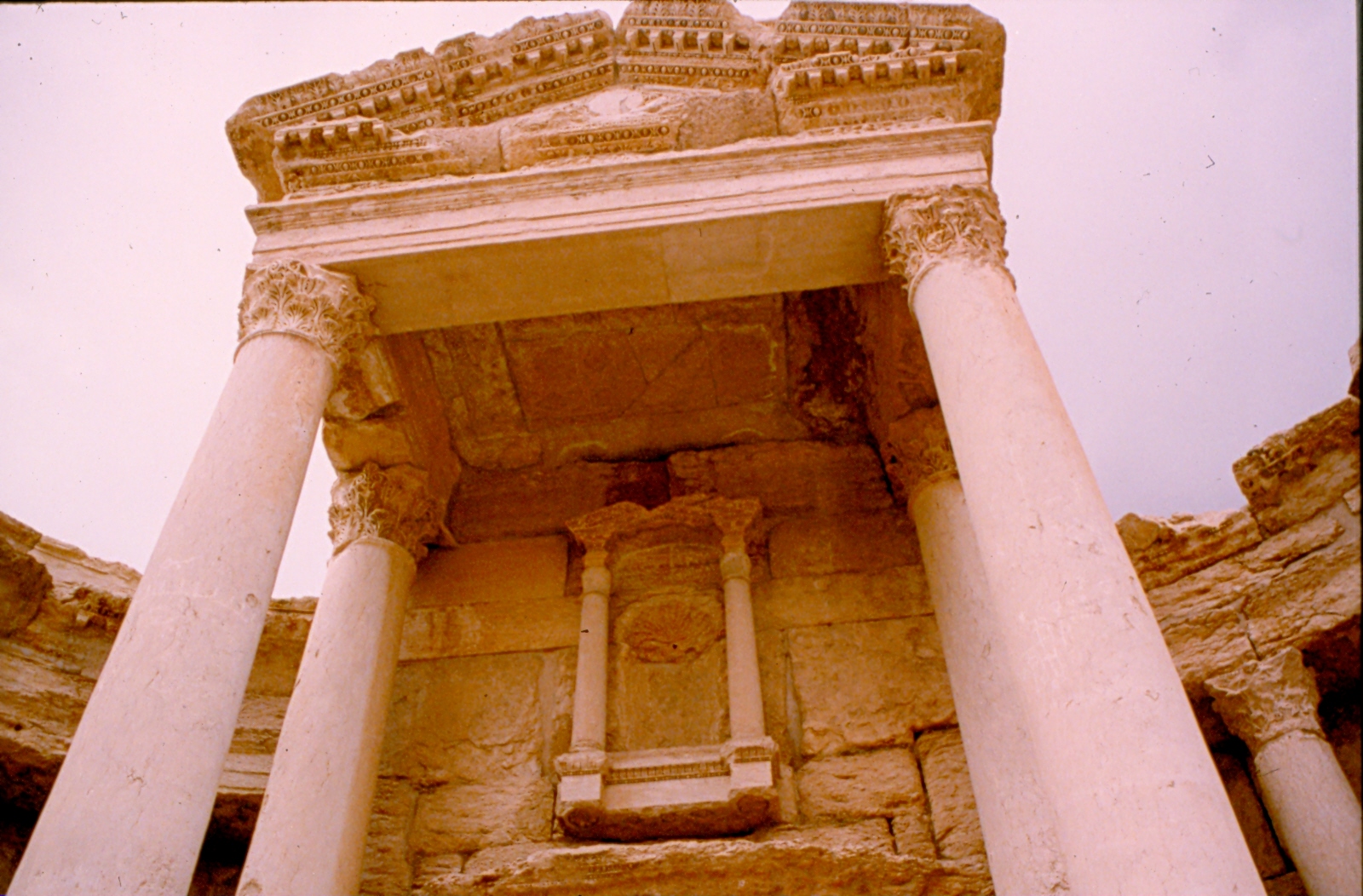 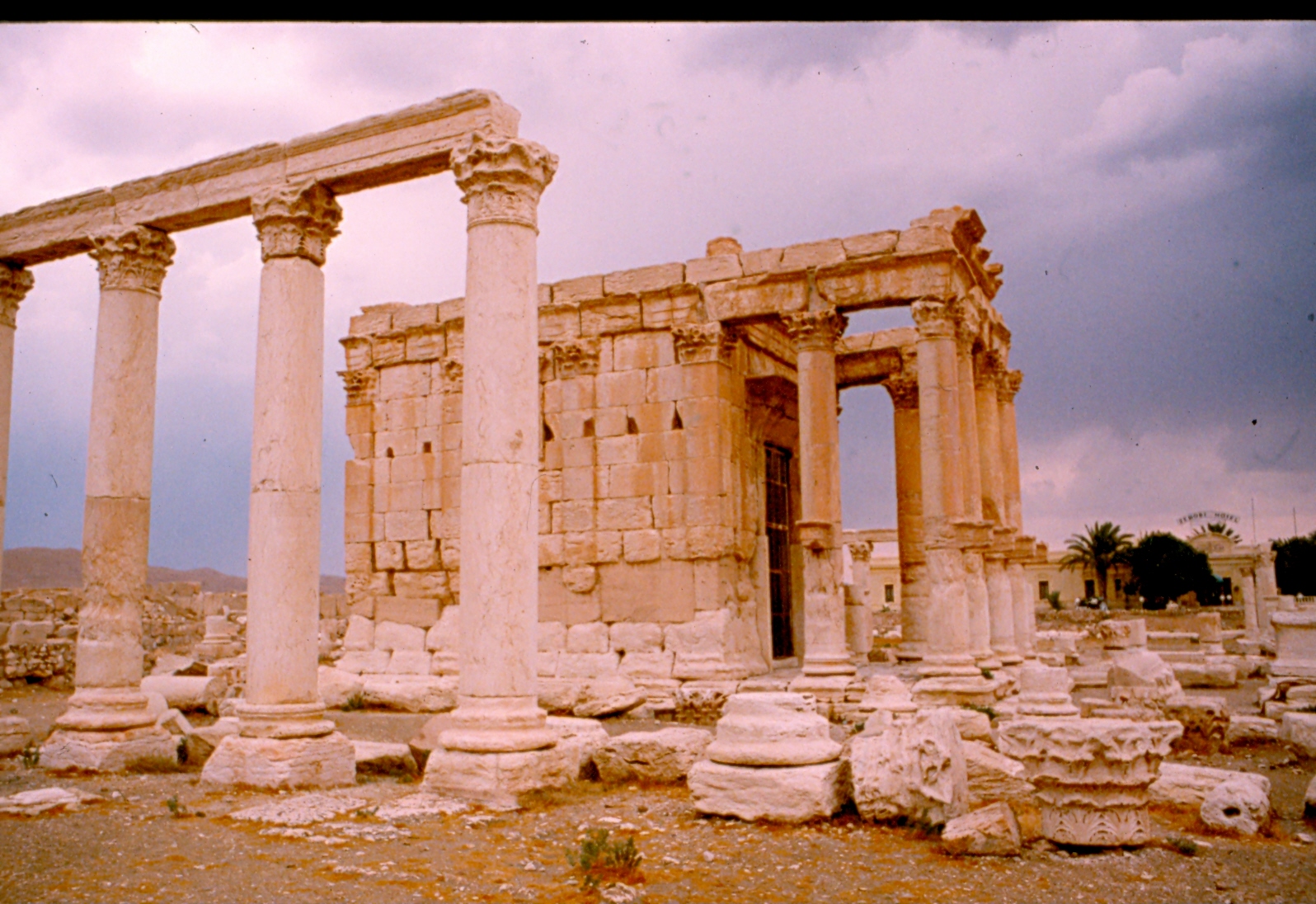 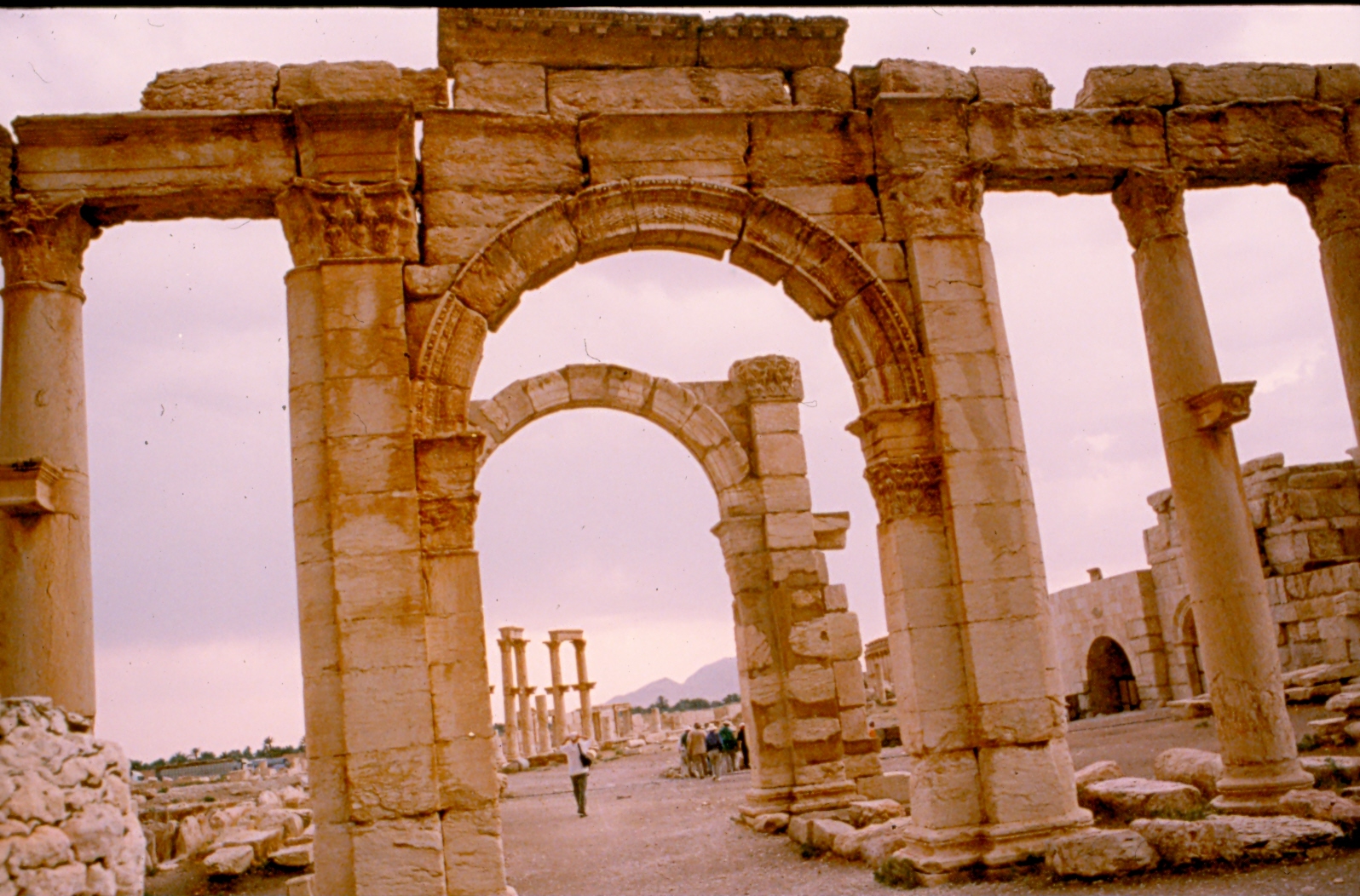 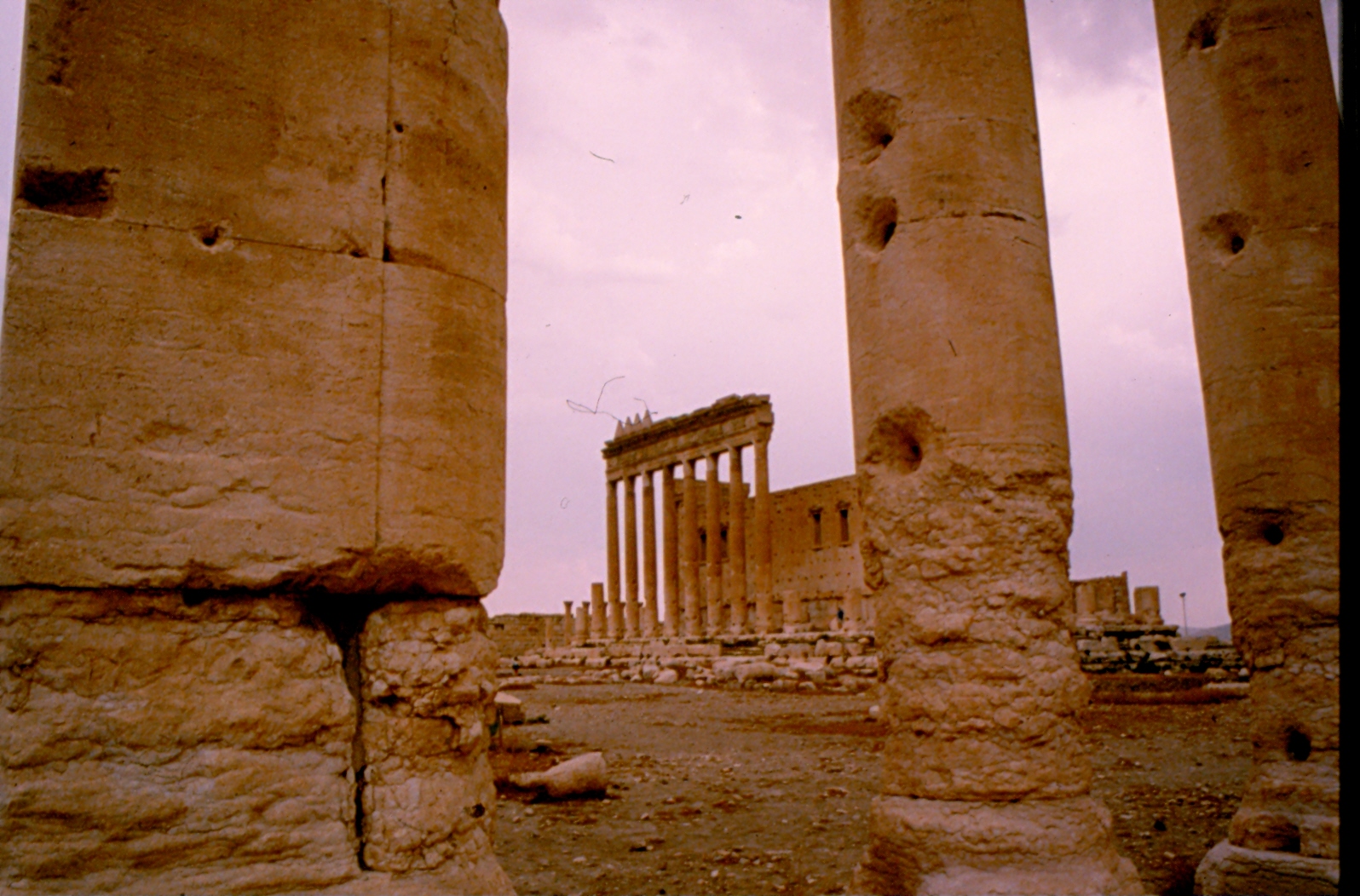 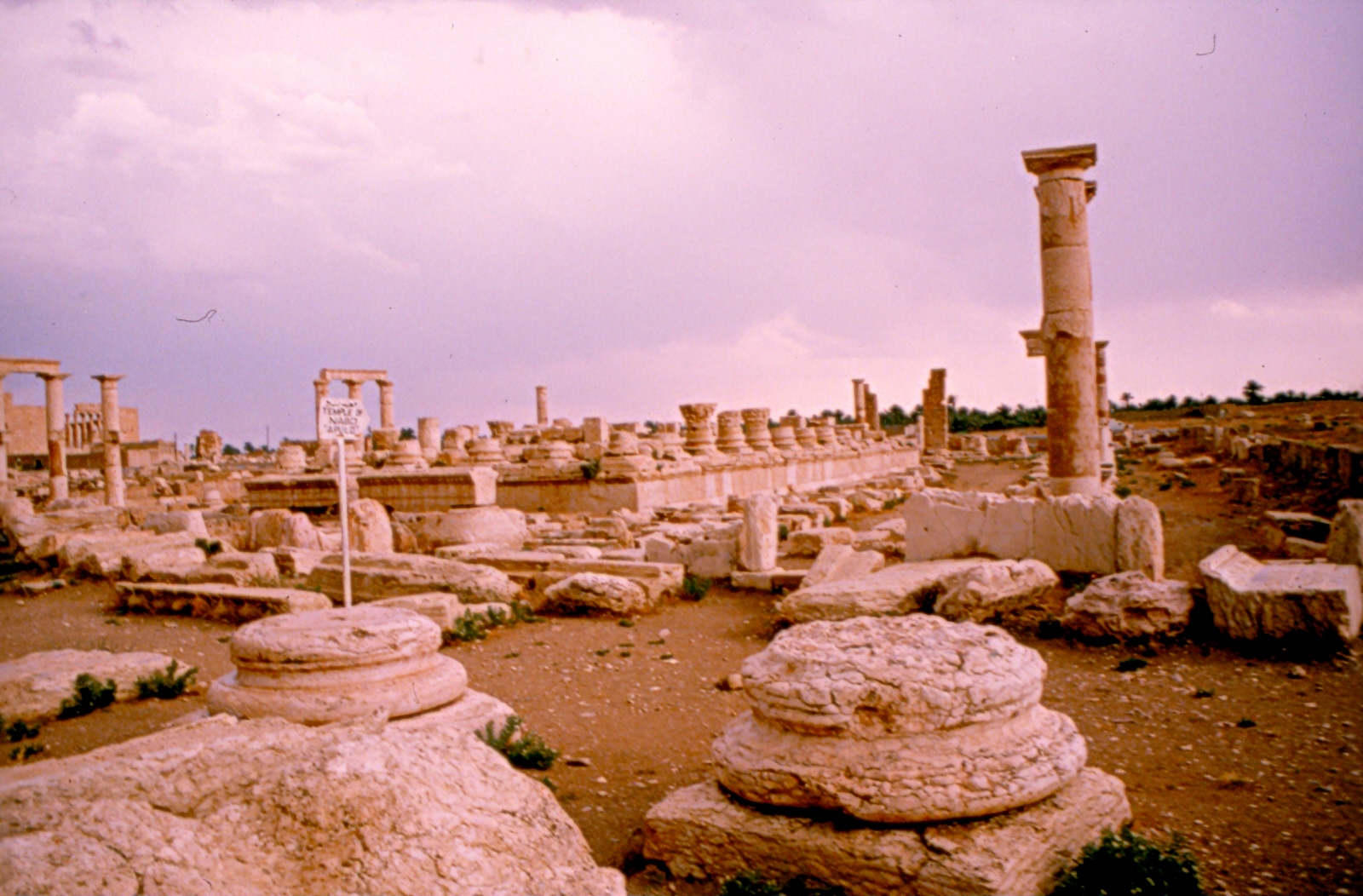 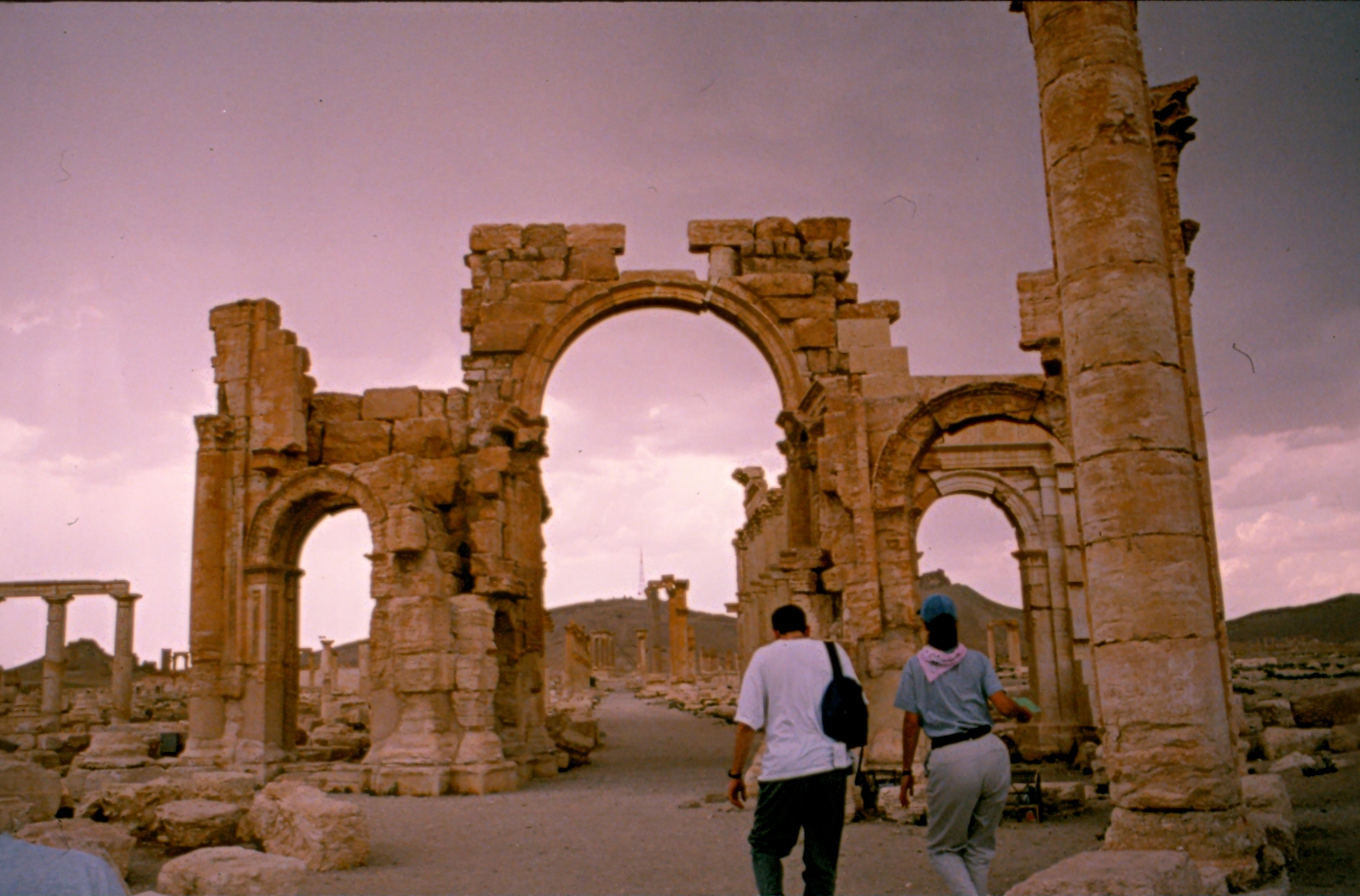 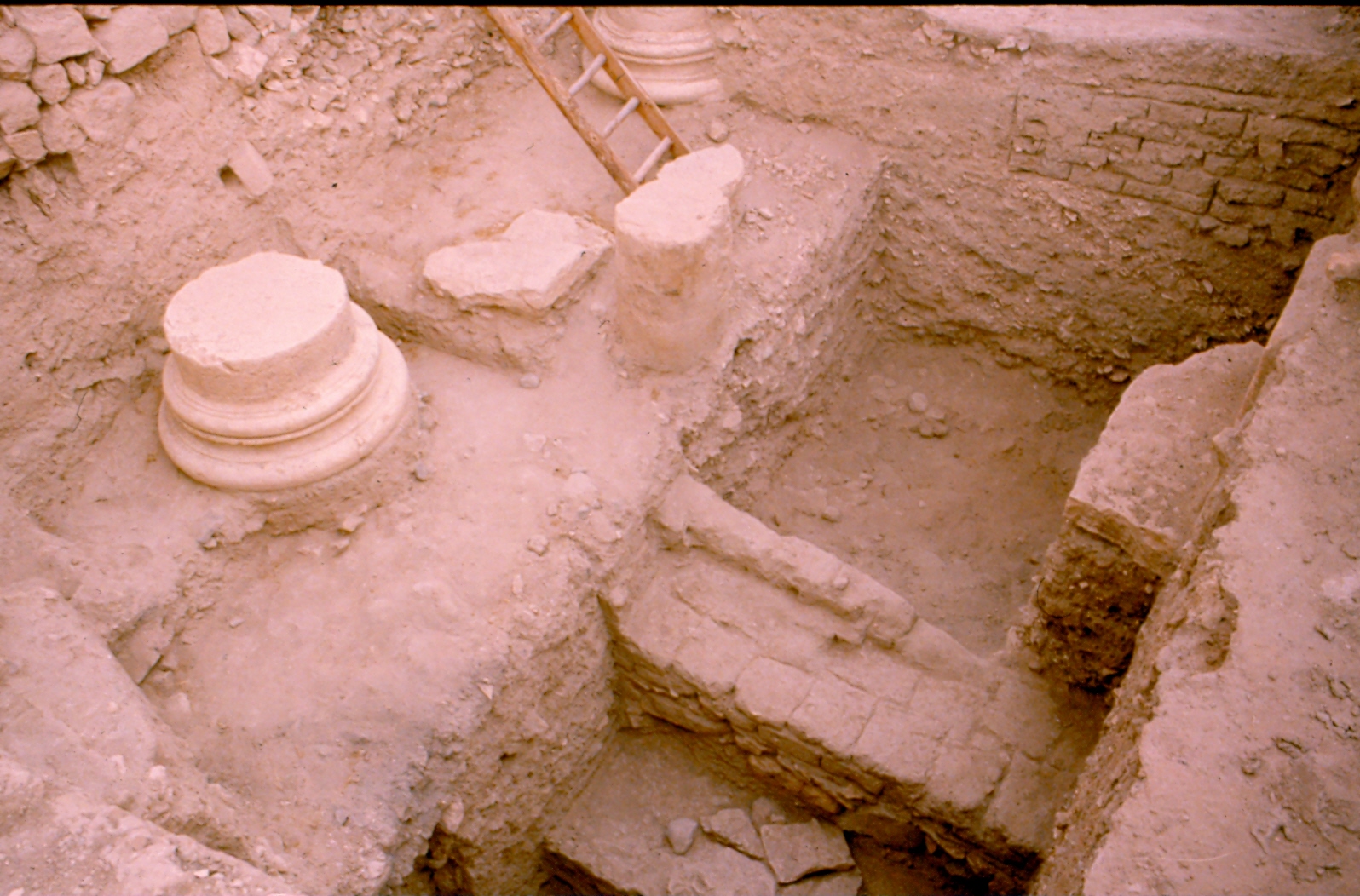 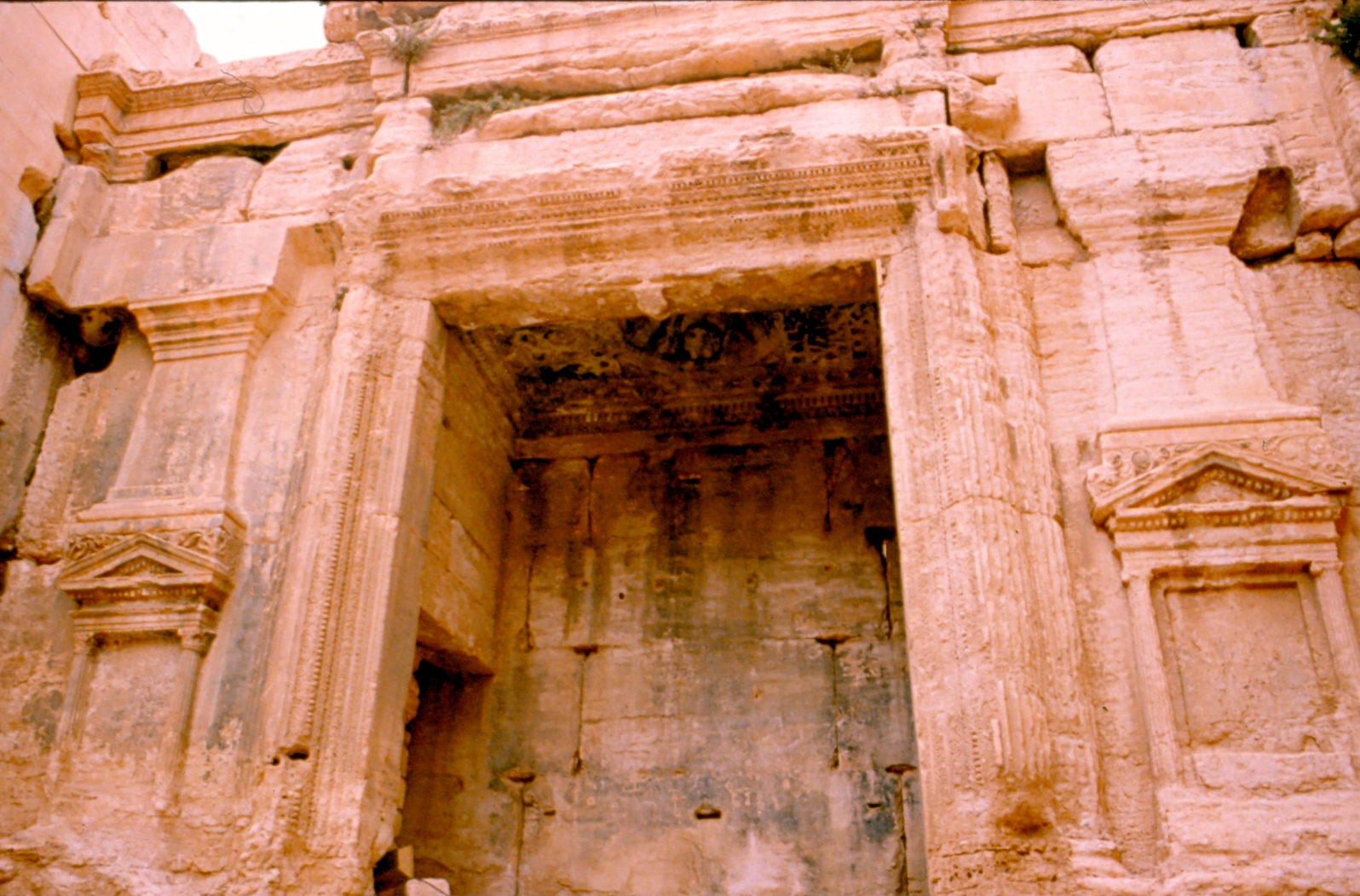 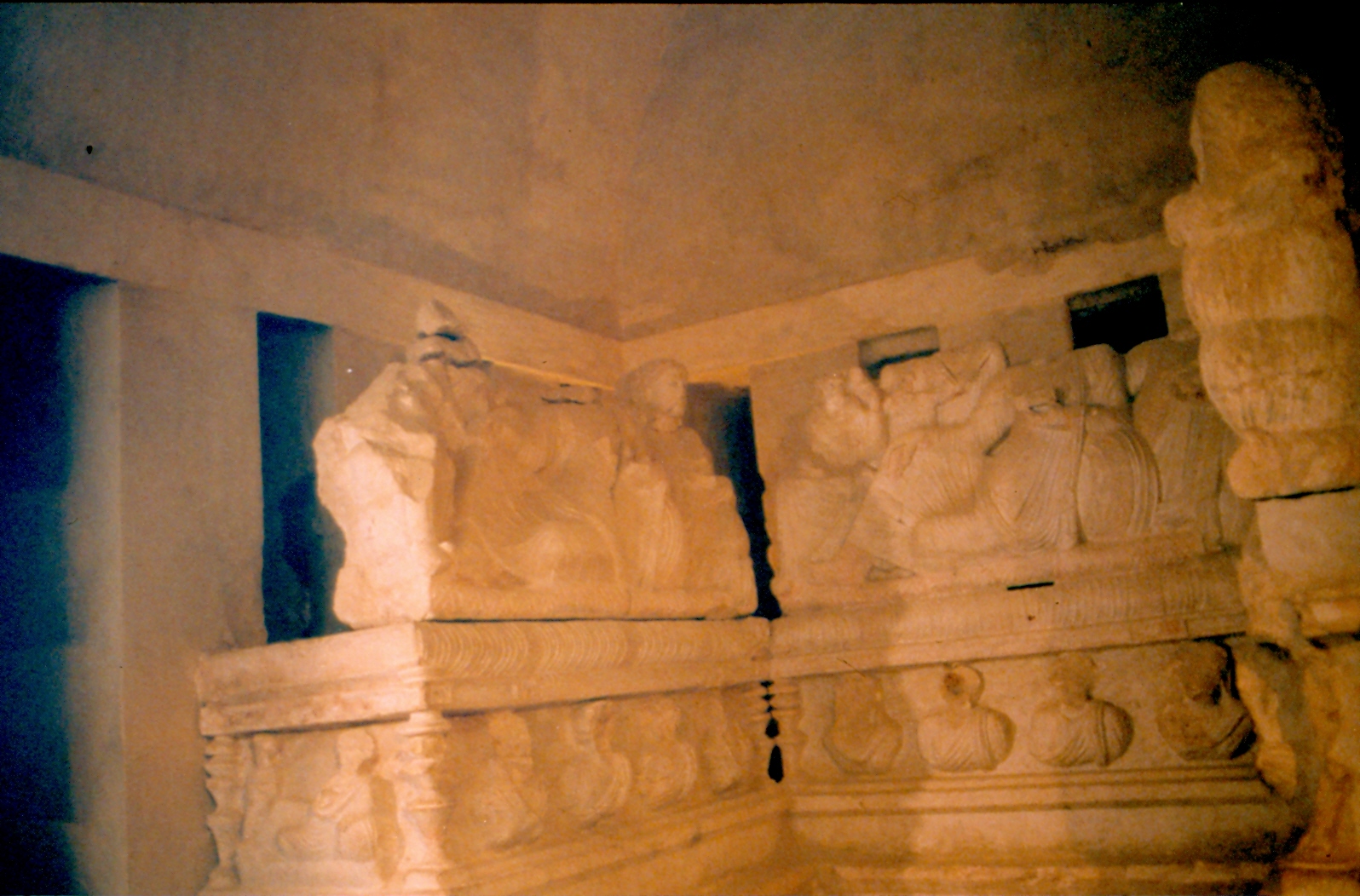 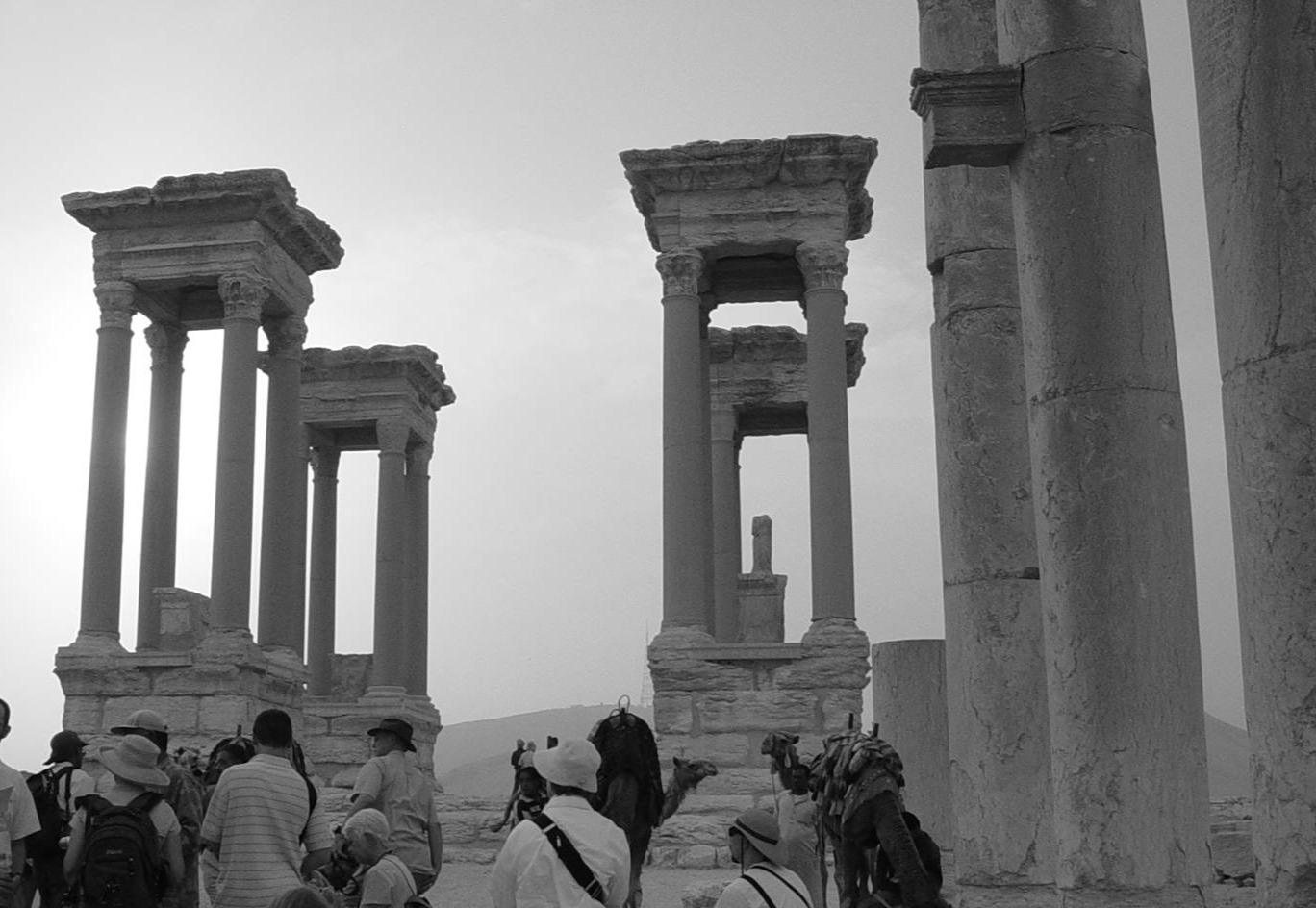